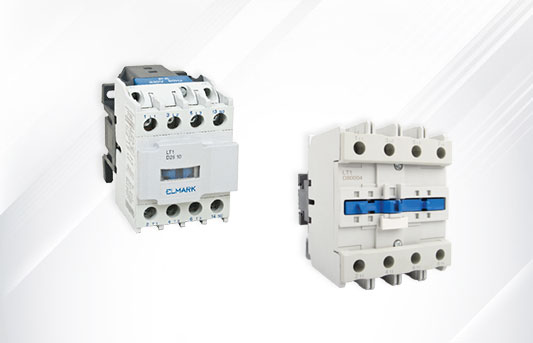 You could try our E-Business platform without registration where you have an access to the all products, their prices, stock availability, delivery time and technical information.

The contactor is an electrical device which is used for switching on and off electrical circuits. They open and provide operating power to the load when the contactor coil is energized.

Browse all products of this category and full technical information here:

When is a contractor most useful

Contactors are generally used for circuit manipulation and are most common in industrial circumstances. Due to their contact-less transition from 0 to 1, they are considered quite a safe method of empowering an electrical network.

Their use allows for the control and switching between low voltage, sensitive electronics like computers, and between high intensity machinery. Controllers are the main part which allows the communication between, and mitigation of, voltage difference between two different circuits, making it possible for small electronics like a computer chip, to control high powered industrial equipment.

They can be used in series or as a single unit allowing users to interact with multiple circuits at once. They could be on a timer, utilizing our Time Delay Contact Block LT02-DXX, which means it can be programmed to open or close a circuit at a specific time, which is used for non-personnel operations or for a scheduled shut down for maintenance or other work related to the electrical system.

What contractor types do we have

This is a series of contactors for AC which can be used for the consumption of electrical energy ranging from 115A up to 800A. It’s functions are quite usual for the series of contactors and maintain high functionality within those parameters. The LT1-F can be attached with the use of flexible electrical wires making it one of the easiest to install units.

CJ19-43 is a low voltage for switching on and off capacitor banks. It’s specially designed for the commutation of three-phase capacitors which are used for the correction of voltage in systems. These contactors are most suitable for systems and batteries of up to 50 kVAr.

Its best use is for the control (on and off) of capacitor batteries used for the compensation for reactive power. This is a unit with AC coil and is rated for use with 32 A up to 170 A nominal electrical charges.

LP1-D is used for the control of AC consumers and is equipped with a DC coil. There are most often used for high frequency of on-off cycle systems and have an enclosed case suitable for dirty working environments. There are LP1-D models which vary in nominal electric charge capacity, from 9 A up to 225 A.

There are also auxiliary units which can be added on to existing installations, long distance controller and contactors and even timers which allow you to set an exact time for an on-off cycle.

We may request cookies to be set on your device. We use cookies to let us know when you visit our websites, how you interact with us, to enrich your user experience, and to customize your relationship with our website.

Click on the different category headings to find out more. You can also change some of your preferences. Note that blocking some types of cookies may impact your experience on our websites and the services we are able to offer.

These cookies are strictly necessary to provide you with services available through our website and to use some of its features.

Because these cookies are strictly necessary to deliver the website, refuseing them will have impact how our site functions. You always can block or delete cookies by changing your browser settings and force blocking all cookies on this website. But this will always prompt you to accept/refuse cookies when revisiting our site.

We fully respect if you want to refuse cookies but to avoid asking you again and again kindly allow us to store a cookie for that. You are free to opt out any time or opt in for other cookies to get a better experience. If you refuse cookies we will remove all set cookies in our domain.

We provide you with a list of stored cookies on your computer in our domain so you can check what we stored. Due to security reasons we are not able to show or modify cookies from other domains. You can check these in your browser security settings.

We also use different external services like Google Webfonts, Google Maps, and external Video providers. Since these providers may collect personal data like your IP address we allow you to block them here. Please be aware that this might heavily reduce the functionality and appearance of our site. Changes will take effect once you reload the page.